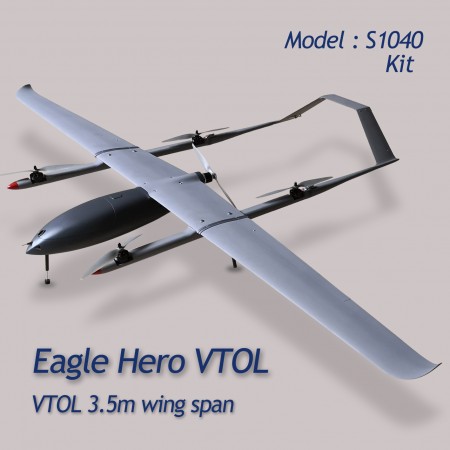 We designed the Eagle Hero VTOL to be the most efficient of its kind. That means low stall speeds, high max efficiency, a large cruise window and payload capacity, self cooling fuselage, built in component bays and an entirely electric propulsion system. This equates to less energy expended and more time in the air.

The forward swept wing means its leading edge and trailing edge are swept forward, that is, the sweep angle is an acute angle. The tip string is in front of the root string, and the left and right wings are projected in a plan view to form a V shape. Since the airflow on the forward swept wing points to the wing root, the airflow is first split from the wing root at high angle of attack, which fundamentally overcomes the wing tip stall problem, so the low speed performance is excellent, the lift being increased and at the same time improving the aerodynamic efficiency of the wing panel.

Compared to the swept wing, the forward swept wing has four main advantages:

1)         Structural advantages. The forward swept wing structure ensures a better connection between the wing and the fuselage and reasonably distributes the pressure by the wing and the nose landing gear. These advantages are difficult or impossible to achieve by other methods, which greatly improve the aerodynamic performance of the maneuvering, especially at low speeds.

3)         Takeoff and landing advantage. Compared with the normal swept-wing aircraft of the same wing area, the forward-swept aircraft has a higher lift and a 30% increase in payload capacity, thus reducing the wing area and size, reducing the drag and aircraft structural weight; reducing the weight for balancing, improves the low-speed maneuverability, shortens the take-off landing distance. According to USA aviation specialist calculation, if the F-16 fighter uses the forward swept wing structure, it can increase the turning velocity by 14%, increase the combat radius by 34%, and shorten the takeoff and landing distance by 35%.

The trapezoidal shape of the fuselage minimizes the fuselage to wing interaction, drag and interference. It was designed with a high pressure region in the nose and a low pressure region behind the wing, on top and below the motor mounting area. This acts to create a pressure differential, essentially "pulling" air through the fuselage. The layout allows for smarter cooling, by cooling off lower temperature components towards the front, and higher temperature components in the rear (motor). The cooling exhaust placement was purposely in an area with turbulent airflow, so as to not disturb the otherwise laminar airflow over the rest of the fuselage.

Implement the mature quad motor concept achieve vertical takeoff and landing eliminating the restriction of the runway requirement in the field. The quad motor also provide the maximum fail safe protection against any malfunctions situation during the mission.

We are committed to integrating efficient design with modern technology in a robust, entirely composite platform. The Eagle Hero is nearly silent, can fly for over 2 hrs, reach speeds of up to 120 km/h and travel for over 180km. The Eagle Hero allow you to fly autonomously, capture stunning HD photos and video, complete aerial surveys, monitor crop health, and wirelessly transmit live video. This is all achieved with incredible accuracy of an on board autopilot system. 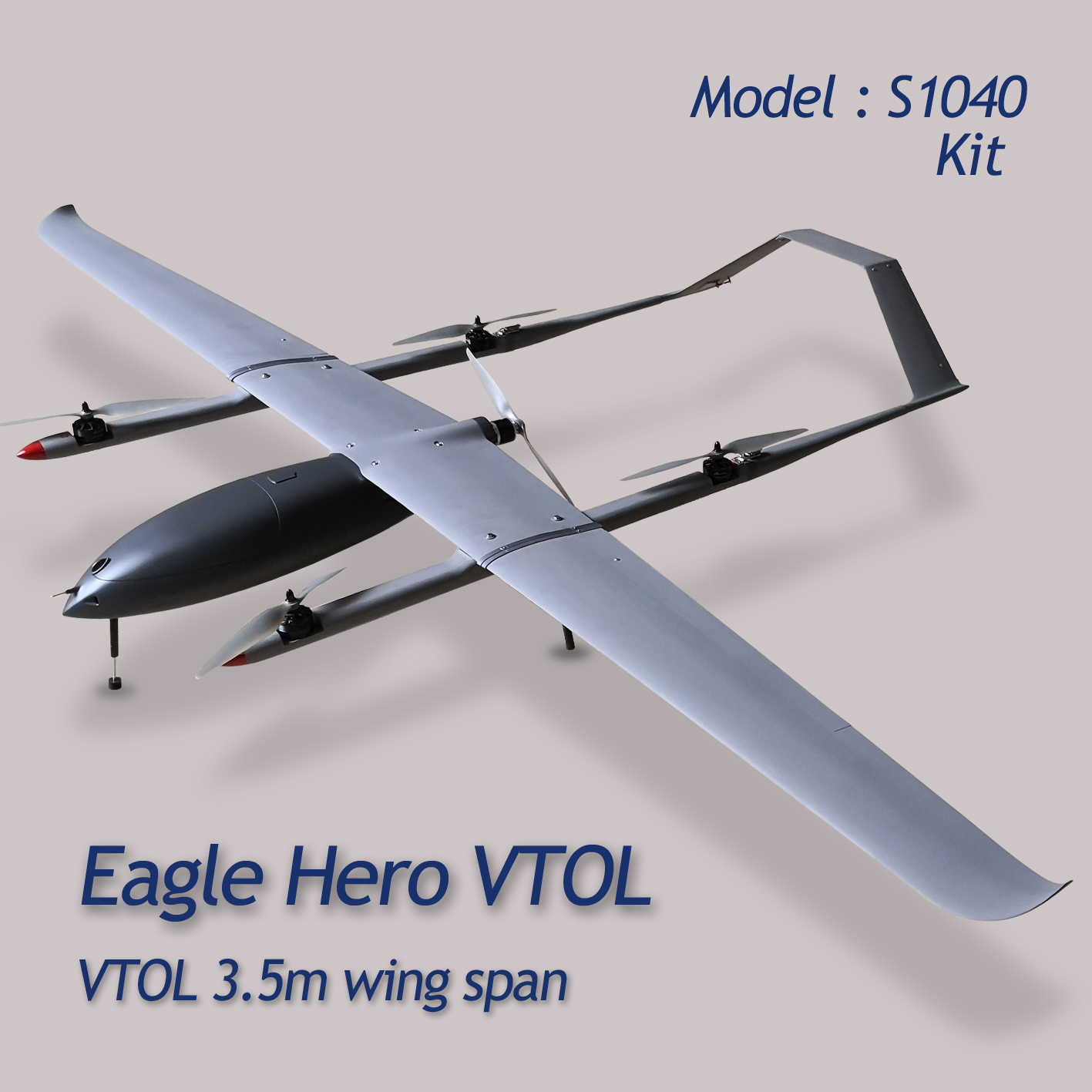